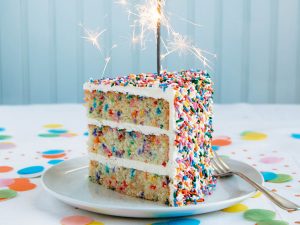 “You should do it. So what if it’s hard? You should go on an adventure, you should say a reckless yes.”

And the adventure began a year ago today. Just like that.

In a recent article for Fan Club zine I said Reckless Yes had “appeared ever so slowly and then suddenly all at once”. For both Pete and I running a record label and putting on shows had been in our minds since we were teenagers, a dream we’d dabbled with and nurtured separately but that we only really made happen when we came together.

But twenty years each of dreaming did not a plan make and most of what we’ve done has been very reckless. But it’s been the most wonderful first year of our adventure – here on our first birthday we can look at three very real, very beautiful, very exciting vinyl releases, and a roster of artists who have become more like our family, and memories of sold out shows and exciting gigs we put on in our home town (that’s right, disrupting the notion that ‘nothing ever happens here’ one amazing set at a time). We’ve baked cakes, and worn glitter, we’ve seen our first impromptu release sell out, we’ve seen all our records in the shops, we’ve been on the radio week after week, and we’ve even seen our bands make the printed music press.

Our first year has been a glorious whirlwind.

We’ve already announced gigs from Desperate Journalist and The Empty Page, Nine Tons and Ghost Signals, Batteries, and Mouses with our own Unqualified Nurse Band and You Want Fox. Six Impossible Things will return in March and we’ve some exciting things brewing for April and beyond.

Our first release in 2017 will be the hotly anticipated debut from Pet Crow. This will drop in February digitally and on limited coloured vinyl to coincide with a UK tour. This album is nothing short of astonishing and we’re beyond excited to share it with you.

LIINES are also back in the studio (with uber-producer Paul Tipler) working toward their debut long player and we’ve heard Unqualified Nurse Band are also working on a follow-up to Debasement Tapes. News from You Want Fox and some new signings soon also.

We want to say a massive THANK YOU to everyone supporting, nay enabling, us to do our dream job and having so much fun on this reckless adventure:

After we said that first reckless yes, on the day we first met, we said we wanted to have fun, to be part of a community and excite people in our hometown that stuff *is* happening here and *could* happen in an even bigger way, and we said we wanted to champion the music we loved in a way which respected the artist and recognised what a vital part of the human experience art is. Obvious, lofty and slightly pretentious but we feel we’re on track for doing this our way.

Our first year has been amazing – and we’re hungry for more. See you in 2017!