We’re the secret extra member of your band. We’re a guiding hand and a critical friend helping you get where you want to be and let you get on with the music.

We take on very few bands for management at Reckless Yes but that doesn’t mean you have to miss out on our industry expertise and contacts books. While it’s easier than ever to create, release and even promote music opportunities can be easily missed or mistakes made so it pays to have

Whether you need some advice, some help finding your focus and making a plan, or you’re looking for a manager to take on many aspects of band life (finances, negotiating fees, building promotion, planning releases) get in touch and see what we can offer.

Artists on the Reckless Yes roster don’t have to take advantage of our full management offer but some elements are naturally included in the way we work on releases and artist development. In the same way, you don’t have to be signed to Reckless Yes in order to talk to us about management – be it a one-off session to help you get fully focused and a plan in place, or it’s a longer term relationship you’re looking for. Get in touch and let’s have a chat. 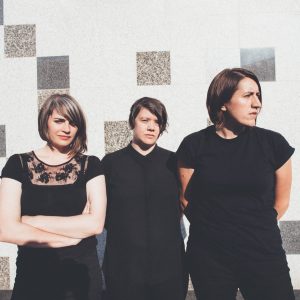 The band has grown with us to work with producer Paul Tipler, release sold out 7″ single, debut album and digital single through our label, and play ever bigger stages including winning over audiences supporting Sleaford Mods on a 32-date tour in Spring 2019.

The band were awarded PRS funding ahead of debut album Stop-Start, which was critically and fan-acclaimed gathering a 4 star review from Q, support from Steve Lamacq and John Kennedy, and end of year accolades from The Guardian and Louder Than War magazine. The limited white vinyl edition sold out on release and a black vinyl repress was released as a tour exclusive.

Following single On and On (digital release, May 2019) – which premiered on 6Music – more new music is due from the band in 2019. The band followed up their Sleaford Mods tour with headline dates and festival slots at Kendal Calling, Cotton Clouds and Confessional.