Fightmilk released their debut album Not With That Attitude through Reckless Yes in 2018 and will follow up with their second album in 2020 – find information for press and promoters below.

“This is a debut album to compare with other recent premieres by the likes of Fresh or maybe Diet Cig, though at times it feels so fully-formed and self-realised it’s like they’ve skipped the pissing about involved in finding a sound during the early days of a band and skipped to just being fucking brilliant right away.” – Drowned in Sound

“Not With That Attitude is the sound of smart young people smacking face first into life’s gravel road.” –Echoes and Dust

“I realise that nostalgia is a given as a writer, but it takes a special band and a special punk pop-rock sound to do it for me […]I’ll take ‘Dream Phone’ and ‘Your Girlfriend’ over Fall Out Boy and Paramore any day.” – Get in Her Ears

“Not With That Attitude demonstrates this band’s musical capability in creating uplifting, and dare I say it, almost anthemic alternative rock.” – The Student Playlist

“Musically Fightmilk have a thrashing, pop-punk vibe with the backing vocals from guitarist Alex Wisgard bringing an extra layer of fun. Lily Rae can also really hold a note, as well as somehow bringing a tonne of emotion to every word she says.”  – Loud Women

As best friends Lily and Alex met in the beer gardens of London in 2015 they turned their recent respective breakups into Fightmilk, creating an indiepop soundtrack by which to navigate millennial life. Their first two EPs – self-released in 2016 and through uber-indie label Fierce Panda – strode ahead of signing to Reckless Yes and the release of debut album Not with That Attitude in November 2018. The record is a perfectly written sequel to the chaos and shamble of relationships that we can all relate to, wrapped in anthemic power-pop riffs.

Fans and music writers have recognised the alt-rock TUNES contained in this all killer, no filler album, as it resonated strongly with emotions and encouraged even the most staunch of wallflowers onto the indie disco dancefloor. With a tranch of reviews and huge support from Steve Lamacq, the debut almost instantly built a solid fanbase for the band. For the Rabbits captured why they’d found themselves clutched to so many lonely hearts, saying the track Your Girlfriend is “one of the finest examples of mixed emotions you’ll hear put to record, as a combination of sadness, joy, resentment and lust collide into a melting pot of pure honesty.”

The band has since played dates supporting Art Brut, and at Cro Cro Land Festival. With more dates later in 2019 and writing on the follow up underway if you haven’t already you need to get this band in your ears and your life.

Please note: The first two EPs and Not With That Attitude were written and recorded with Adam on bass.

Stream Not With That Attitude on Spotify 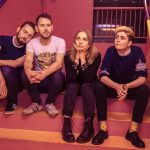 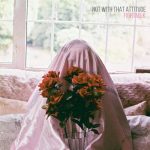 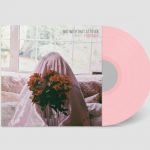 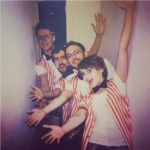 How You Move On