Eilis Frawley combines direct and unforgiving spoken word amidst kraut-like rhythms. With a focus on social structures, feminism, and mental health, she speaks truth to creative insecurities, personal tragedies, and the impacts of living abroad.

In 2019 Frawley’s solo project debuted with multiple tours in Germany, the UK and Australia. Her first two EP’s, Never Too Emotional, and Adult Life were released via Reckless Yes records in 2020.

Currently working with producer Kat Frankie Frawley is recording her debut album, set for release in the later half of 2022. 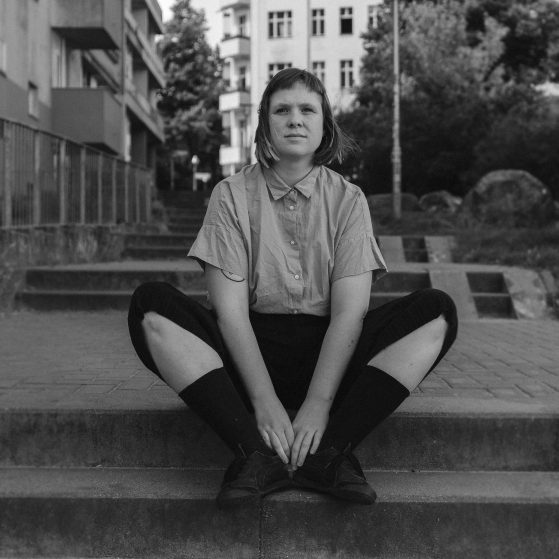 “Krautrock-precision drum rhythms overlaid with straight and true spoken word vocals. If we had to pick two musical reference points, we’d say it has the attitude and style of Tune-Yards coupled with the experimental swagger of Battles” – LOLA Magazine

“As the subtle, commanding power of Frawley’s poetic spoken word lyricism flows, the track {illusions} builds to a psychedelic electronic soundscape, oozing a swirling emotion and sparkling, ethereal majesty. Fusing together innovative layers of instrumentation and speech, it’s a wonderfully unique cacophony, with a truly stirring sentiment that resonates deeply” – Get In Her Ears

“With “Stats” and the accompanying video, Eilis Frawley has succeeded in creating a small, informative work of art that is visually entertaining, musically cool and unapologetically feminist in terms of content” – Missy Mag

“Whilst relatively short, the EP {adult life} grips you from the off and doesn’t let go, leaving you breathless by the end of the final track” – Louder Than War

“Looking at a range of hard hitting topics through a relatable lens and poetry, the EP gives listeners and Frawley the chance to ask who they are and where they would like to go”  – The Other Side reviews

Eilis Frawley is a classically trained percussionist from the Elder Conservatorium of Music in Adelaide, Australia.

She spent a number of years in Seoul, South Korea, where she played in various bands before relocating to Berlin in 2016. Frawley currently works as a freelance drummer and works with Laura Lee and The Jettes, Kara Delik, Anika (Live band), Adna (Live band).

Frawley is also the brainchild behind Bang On, a Berlin-based platform founded in 2016 for emerging artists, with a strong emphasis on support for lgbtqi+ artists and community. 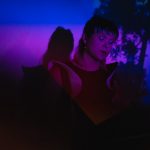 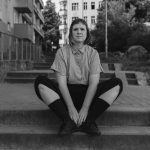 More videos can be found on Eilis Frawley’s YouTube channel.