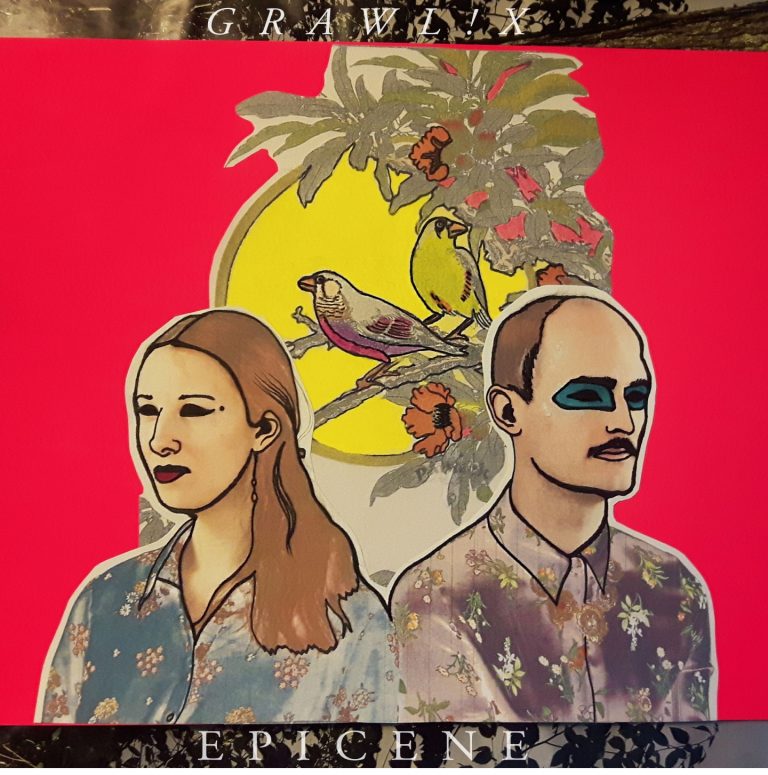 Circuit Sweet said it was ‘single of the year’ while Get In Her Ears said, “flowing with twinkling electronic hooks and spellbinding harmonies, it’ll send shivers down the spine, oozing its poignant, sweeping emotion” and For The Rabbits said, “an almost primal rhythm with a fluttering piano line, creating an atmosphere of tropical-pop colliding into neo-classical creativity. The brightness of the music is perfectly contrasted with the dual vocals that feel ethereal and distant.”

Working with Jo Lewis of Umbilica this is the first new music from Grawl!x since the release of third LP Appendix in spring 2018. That record also gathered praise from the likes of Record Collector, Drowned in Sound, and more. The final part of a trilogy on grief Grawl!x now moves on with Epicene to explore sex and gender.

The patriarchy, privilege and personal identity were all explored by James Machin, with Jo, in conversations which led to the track and the collaboration on the lyrics. Machin said, “Jo was very patient in helping me square up to the realities of a patriarchal society. I always liked to think of myself as a feminist but realise I have a lot to learn. Epicene is about the limitations of societal gender roles and the way we’re conditioned throughout or lives, but particularly in childhood, to fit one of two shapes”.

Epicene is the first track to be taken from forthcoming album Peeps, which is slated for an early 2020 release.

If you would live to cover or feature the track you can find the full press kit here. You an also check out our other artists and our demo submission policy is here.