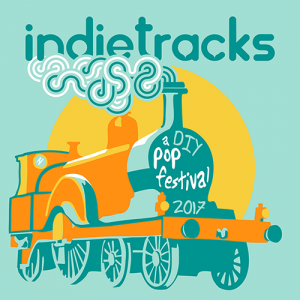 It’s one of our favourite festivals so we’re really pleased to be appearing at Indietracks Festival 2017 as part of their excellent programme of workshops.

Sarah and Pete Reckless will be hosting an in-conversation event with two marvellous bands from this year’s line-up – Peaness and The Hayman Kupa Band. You can catch the interviews between 2 and 3pm on Saturday 29 July 2017.

Peaness are a three-piece from Chester who make brilliantly bubbling indiepop with precision hit lyrics. Recently singing to UK indie label ALCOPOP! RECORDS for their forthcoming EP titled Are You Sure?, Jack from the label says: “To put it frankly, Peaness are pretty much THE best band I’ve heard in the last few months – They’ve achieved stacks already and we’re really excited to get on board and help out. The EP hasn’t left my head for weeks. It’s infectious, brilliant, DIY-influenced indie-pop genius.”

The Hayman Kupa Band is a new collaboration between Darren Hayman (Hefner) and Emma Kupa (Standard Fare, Mammoth Penguins). Somewhat of a supergroup (they are joined by Fever Dream drummer Cat Loye and Michaelmas a.k.a. Michael Wood on bass) their album covers their burgeoning friendship and after we’ve chatted to them about the project and their other creative endeavours you’ll be able to catch their set on the main stage.

The festival takes place at the Midland Railway Centre in Ripley, Derbyshire between 28 and 30 July 2017. Tickets and full line up on their website, a compilation of this year’s artists with proceeds from sales going to the railway centre (a charity run by volunteers), and you can find our review of Indietracks 2016 over on Louder Than War.