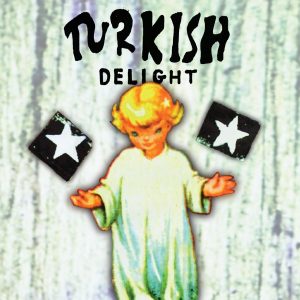 Cult nineties experimental noise rock band Turkish Delight have had their full back catalogue reissued on Reckless Yes as a double CD package.

Albums Tommy Bell, originally released in 1996, and Howcha Magowcha, released shortly after the band split in 1998 are now available digitally for the first time as well as in a double gatefold CD edition.

Reviewing both albums Get In Her Ears said: “Tommy Bell is a mishmash of agit art and indie rock with aspects of found sound and the experimentation of jazz and noise – with all that’s promised by ‘Spin’ on there, and more. At fifteen tracks it’s also a mammoth of a debut and shows a band in full fettle, right from the off. Howcha Magowcha is a more streamlined sophomore effort, which Leah has said ‘shows off the band’s maturity’.

“Taken together, they demonstrate the brave new frontiers of post-grunge indie, a world where art and music could be treated as synonymous and simultaneous activities. Often described as Thurston Moore’s favourite band of the time, Turkish Delight stand out as uncompromising and truly independent pioneers who left two lightning rods of LPs.”

The two albums came to the ears of Reckless Yes a couple of years ago via Boston independent label and all round DIY maestros iheartnoise. Once the astonishment of them passing us by in the nineties dissipated they became firm favourites for their exploratory nature, the level of detail, and the groundbreaking approach which still sounded so brand new after 20 years maturing.

Looking back at Turkish Delight – who split up just before the release of their second album – Leah Callahan explored her influences and how that played into the band: “My first experience writing and performing music was with Turkish Delight. First of all they inspired me to create, so the four of them were essentially my muses; secondly they supported my vision which was influenced, among other things, by Antonin Artaud’s ideas on art and performance. They did not hold me back with any sort of preconceived notion of what music had to sound like, or what a musical performance had to look like.

“Marc Masters picked up on the bands’ guilelessness and lack of pretension when he reviewed the Tommy Bell album in 2017, saying ‘Turkish Delight hit their target more often than not, filling whiplash songs with nerve, guts, and, every once in awhile, a bit of heart too.'”

A perfect summary of a band you’ll wonder how you missed back in the day, and want to make up for lost time with as soon as you can.

Tommy Bell and Howcha Magowcha are available as a limited double CD gatefold edition – get yours here.

To check out the rest of our roster have a look here, and if you’re thinking of sending us music please check our demo guidance first.