The final of our four signings so far in 2019 are slightly different – a ‘90s band you definitely need to get to know. Meet brilliant Boston noise rock band Turkish Delight. 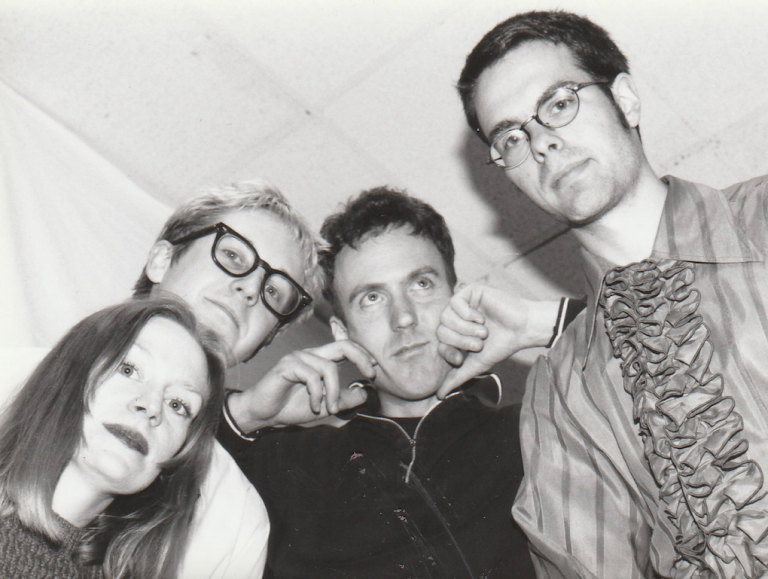 Pulled out a favourite of Thurston Moore and tipped as the missing link between Belly and Sonic Youth the furious experimental noise rock of Turkish Delight’s albums is broken by intriguing vintage sample interludes and from the off make obvious the oversight that they didn’t find a bigger audience in the ‘90s or in the intervening years.

They were described in a piece on Warped Reality last year as, “Although listening to their debut can, at times, be disorienting — so much happening at once — their controlled chaos is tempered by an uncanny pop sensibility, anchored by the arresting vocals of Leah Callahan. Although ostensibly a guitar-bass-drums-vocals setup, TD also incorporated clarinet, keyboards, bells, and, yes, an electric can, homemade by drummer Dave Nelson. Rarely has everything-but-the-kitchen-sink been this fun, or this danceable.”

Reckless Yes co-founder Pete Darrington said, “I was introduced to this band by Illya from the Iheartnoise blog. Experimental, noisy, sometimes jazzy, sometimes punky but always tuneful, Turkish Delight are like nothing I’ve ever heard before. They have the ragged charm of Truman’s Water combined with the avante garde ‘rip up the rule book’ attitude of Brainiac.

“When I found out they were from Boston MA, I wasn’t surprised. When I found out they broke up 20 years ago, almost totally unheard of, I was gobsmacked and heartbroken. The world needs to hear the warped genius of Turkish Delight and their recent highly praised reunion shows that not only were they massively ahead of their time but finally the world is ready for them!”

Reckless Yes co-founder Sarah Lay said, “Turkish Delight are a perfect example of how not all new music these days is new – the reissue of their albums will be the first time may have heard them despite it not being a first release.

“This band more than deserve to find a wider audience, and a new generation, of fans as consistently across both albums their sound rarely falls below astonishing.”

Turkish Delight said, “We met Peter Darrington of Reckless Yes records when he found us through the label iheartnoise; it was really cool to meet someone with so much enthusiasm about Turkish Delight’s twenty-year-old recordings.

“We are flattered that Reckless Yes wants to give our releases a second life and look forward to getting some new airplay and exposure on the other side of the pond.”

You can find both albums for download on Bandcamp via iheartnoise – Tommy Bell here and Howcha Magowcha –  and to hear about the release on Reckless Yes first make sure you’re signed up to our mailing list. You can find Turkish Delight on Bandcamp here and on Facebook.

If you want to get a bit more in depth with the band they talked about their origins to Warped Reality last year and you can read the full piece here.

To see our full roster of bands check out our artists, and if you’re thinking of contacting us please read our demo submission policy first.