It’s coming up for the end of the year so we at Reckless Yes thought we’d remind you of what we’ve released into the world during the course of 2018.

The last 12 months have been our biggest yet – our third as a label and containing our biggest batch of releases. It’s been hugely fun and we’re really proud of all the music and especially the artists we’ve worked with. It’s been hard work too but absolutely worth it when we slide an RY release onto the turntable, read a great review or get a brilliant message from a happy music listener.

This year our records have been streamed more than 50,000 times, we’re down to the last handful on at least two of our new releases, we’ve been played on in-flight radio on an international airline, our artists have played in the UK and Europe, at festivals and all kinds of venues, and we’ve had support from national print and radio as well as online. We even managed to cram in a couple of shows at Rough Trade Nottingham.

We’d like to say a massive thank you to everyone we’ve worked with or chatted to this year – our artists, our suppliers, our partners and fellow independent music folk, those writing about or playing our music,  and most of all to all of you who’ve picked up a record, snagged some band merch or come to a show. You are all amazing and we love you.

We’ve got big plans for 2019 – more of that in the next couple of weeks – but for now here’s what you might have missed in 2018 (and we’ll delve deeper into each of these records in the next few weeks too). Links to each if you want to buy – they make great gifts for yourself or others at this time of year… 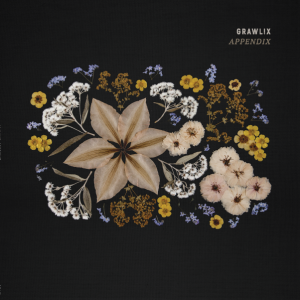 Appendix is the third album from multi-instrumentalist and ambient dreampop maestro James Machin as he concludes his trilogy dealing with the subject of grief (following his debut Good Grief, and Aye! – both on Time Travel Opps).

“The final part of his album trilogy is the most exquisite. Life comes with loss, but the pain can be soothed: see Appendix for details.” Record Collector (4 Stars)

“…the most fully realised and confident realisation of the Grawl!x sound and an astounding document of musical artistry.” Drowned In Sound

The debut album from Manchester three-piece LIINES was highly anticipated, and it didn’t disappoint those who’d been long-awaiting its release. Recorded and produced by Paul Tipler (Idlewild, Stereolab, Elastica, Placebo) the album (supported by PRS Foundations Women Make Music funding) perfectly captured their taut post-punk sound and the relentless drive of the rhythm section.

Live highlights this year have included headline slots at Words and Music Festival Manchester and BDC Weekender plus Dot to Dot Festival (Manchester and Nottingham) as well as Head for the Hills Festival. The band have supported Hot Snakes (Gorilla, Manchester) and Slow Readers Club (O2 Apollo, Manchester) as well as played their biggest headlines to date in their home city as part of a UK tour.

The vinyl edition quickly sold out and with excess of 15,000 streams the album paves the way for what promises to be an even bigger 2019 for the band – they’ve just been announced as tour support on a 32-date tour with Sleaford Mods – as they deservedly take their place in front of ever bigger audiences

“Manc three-piece LIINES pick up the torch to combine the sounds of British post-punk and Olympia riot grrrl in their infectious, riff-heavy songs.” Louder

“This is right up my street” Steve Lamacq, 6Music

Limited edition CD (sold out) – get the digital version here 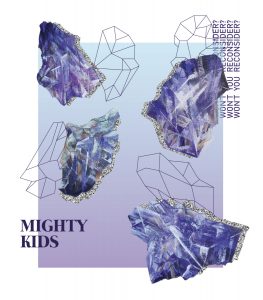 The debut EP from Derby electro dreampop three piece Mighty Kids was in the works for a couple of years as other projects took the fore but when it appeared it was the perfect slice of disco beats, melancholy uke and understated potential.

Matching a striking lyrical emotion to irresistibly danceable tracks this is a great debut from a band we’re hoping to hear much more from.

“Their winning mix of electro and indiepop tapping into that sweet-spot of melody and melancholy…twitching beats collide with ukuleles and bassy rumbles are contrasted with singer Shelley Jane’s wistful vocals, pitched somewhere between Sarah Cracknell and Molly Rankin.” For The Rabbits

Fightmilk – Not With That Attitude (RY021) 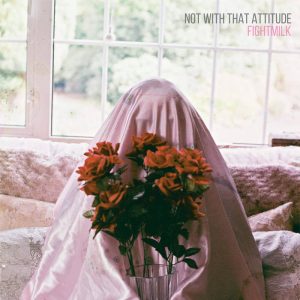 It’s a cliche but it’s no lie to say the debut album from London four piece Fightmilk is all killer, no filler. Following on from two EPs (their self-released debut and their follow up on Fierce Panda) Not With That Attitude has delivered on their power pop promise, and then some. Singles Four Star Hotel, How You Move On, and Dream Phone capture the incredible melody and wry lyricism of the band who’ve found a firm fan in Steve Lamacq as well as anyone lucky enough to catch them live.

A band with a big personality this first record manages to be relatable and witty, and mixes a ’90s sound with millennial break-up angst.

“the grunt of guitars and animosity are rarely restrained from boiling over, a superb album” Louder Than War magazine, 7/10

“Not With That Attitude sits comfortably between Bleached’s Welcome the Worms and Martha’s Courting Strong in that happy list because songs that mirror lived experience, that carry emotional truths with a dash of sharp wit, wrapped in pleasing melodies – that’s still one of the best things pop can do.” Echoes and Dust

“Not With That Attitude, is the sound of a band coming good on all that early promise, discovering their own musical niche and making a record that finds the little moments of colour in the sometimes drab everyday: it’s frankly a triumph.” For The Rabbits

Limited edition vinyl, CD and digital download or stream – get it here 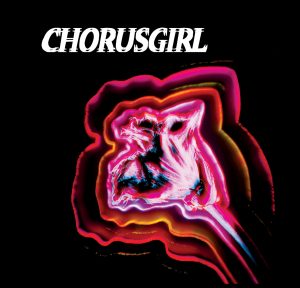 The second album from Chorusgirl is perfectly encapsulated by its title – sparkling melodies, spiralling harmonies and a lyrical reflection of introversion and small-town escapism. Following on from their acclaimed debut (released on FortunaPOP!) the album sees Faith Taylor (Suggested Friends) joining the line-up and further strengthening the already sublime songwriting from Silvi Wersing.  Born from a difficult period for the band Shimmer and Spin is full of hope and resilience, and gorgeous surf-pop riffs excitingly entangled with taut ’80s beats.

The band launched the album with a UK tour supported by former FortunaPOP! label mates Mammoth Penguins and will follow up in 2019 with further UK dates and a European tour.

Find us on Twitter, Facebook and Instagram to get the news first about our next releases and shows. You can find information on our full roster here and if you’re going to get in touch please read our demo policy.

Oh – and we also put a book out this year. You can find out more about The Winter Passing here.