Big thanks to Clash today for premiering the first single from the forthcoming debut album from Fightmilk. The track – Four Star Hotel – is described by them as ‘awkward scuzz-pop tragi-comedy’ and you can hear it on their site now. 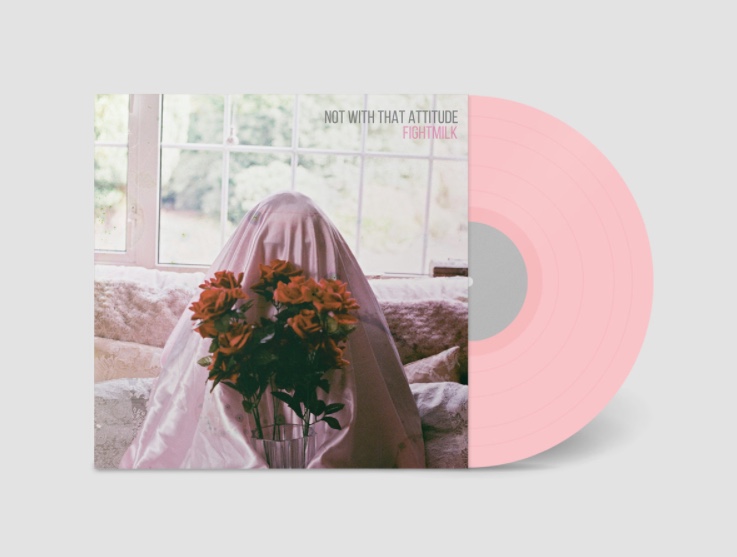 It’s taken from the album Not With That Attitude which we’ll be releasing on 2 November 2018 digitally, on limited edition bubblegum pink vinyl, and on CD. You can pre-order the first two formats on Bandcamp now and CD pre-orders will open soon. The vinyl is going fast (not even joking) so you might want to reserve your copy sooner rather than later.

Four Star Hotel is the first single and gives you a taste of the wit and riff of this band, and it follows on from their Fierce Panda EP release to be their first music under the Reckless Yes name.

Across the album you’ll pick up influences from Sleeper to Martha, Diet Cig to Speedy, Johnny Foreigner to Charly Bliss. Clash summed up this first offering as “an itchily infectious guitar pop thrill” and we can’t wait for you to hear the rest of this joyous but gritty record.

Pre-order your limited pink vinyl copy of Fightmilk’s Not With That Attitude or pre-order the album digitally from bandcamp now.

The band play a free entry launch show at the Shacklewell Arms on 2 November and if you’re around Nottingham you might want to pop 16 November in your diary (although we haven’t officially announced anything yet).

And if you’re a band or artist and this all makes you want to work with us please – PLEASE – read our demo submission policy first.