We promised you we’d got another new signing and we’re not going to let you down: Chorusgirl have signed with us and we’ll be releasing their second album on vinyl, CD and digitally later in the year.

The band released their self-titled debut album in 2015 on the sadly departed Fortuna POP! label and You might remember them for single Oh, To Be A Defector, which 6Music took a shine to. At the time Sarah Lay, of Reckless Yes, reviewed for Louder Than War magazine writing, “The London quartet explore universal themes with the catchiest of tunes, thundering rhythms, a wry sense of self and fascinating multi-meaning lyrics.”

While The Line Of Best Fit said, “Chorusgirl pertain to a certain kind of cold, detached dreaminess you’d associate with a label like 4AD in its prime: their overall sound being seemingly informed by Lush’s successful hybrid of classic pop, fiery punk and shimmering soundscapes. … Yet, rather than reliving a sound there’s a sense here that Chorusgirl are more intent on reinventing it. Look no further than their debut self-titled LP for conviction.” 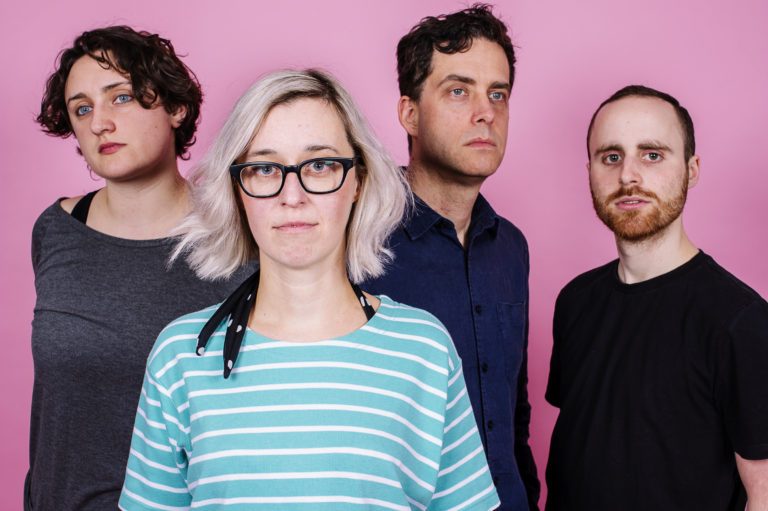 Pete Darrington, co-founder of Reckless Yes said, “We are ridiculously excited to be welcoming Chorusgirl to the Reckless Yes family. Since their arrival in 2015 they’ve taken the indie pop scene by storm with their utterly infectious and uplifting collection of anthems that was their eponymous debut LP. Now they’re back with a sequel which ups the stakes big time and it’s an honour to be playing a part in bringing it your ears. You won’t be disappointed when Autumn comes around!”

Sarah Lay said, “Chorusgirl have been one of my favourite bands of the last few years and their debut album still gets regular plays, and comparisons have rightly been drawn to bands including Lush and the Breeders. No Moon, Girls Of 1926…the tracks across the album have hearts that are big and melodies that hit you just right. The new album is no less fantastic and its a pleasure to be working with a band whose attitude I love as much as their sound.”

Silvi Wersing, of Chorusgirl, said, “We’re very excited to join team Reckless Yes. They’re a supportive, enthusiastic and growing label with an excellent and current roster. The label has a similar family/community feel as Fortuna POP! had and we’re very, very happy that they’ve welcomed us into the fold. Also, and not to be too shallow, ‘Reckless Yes’ has to be the best label name in the business.”

We tend to agree…

Get your ears around some classic Chorusgirl here! And if you want to catch them live you have a couple of chances coming up:

Find the rest of our roster on our artists page and if you want to get in touch with your music please make sure you’ve seen our demo policy.