Constantly astounded by the prolific creativity of Unqualified Nurse Band we’re sharing news of their newest release – single Spit & Howl. Out digitally tomorrow (23 February 2018) it is released on their own label Medicine Music and forms the first track of their forthcoming third album UNB3. 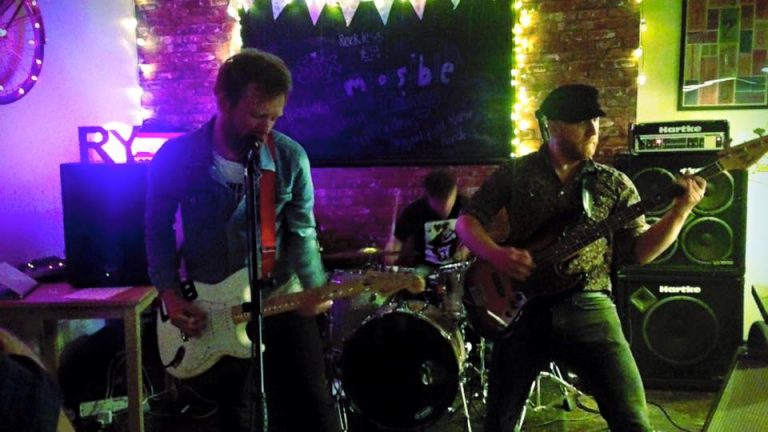 That’s right, the Derby death-surf trio are onto their third long player in three year (and they’ve also released an EP and a double-A 7″ in that time too) following on from the first two we helped them release, 2016’s Debasement Tapes and 2017’s Trashland.

The band are taking a different route to release this time. They will write and record tracks at different studios throughout the year and then the collection will become their third album. More of a compilation than a concept in the format (as their last album Trashland was) it seems to be a way suited to the speed with which they are churning out tunes. And let’s be clear – that speed is in no-way diminishing the quality as Spit & Howl is a storming punk rock ferocity.

Premiering the track on Last day Deaf the publication said, “This one is a “punk atomic bomb” ready to explode… If you are still one of the few claiming that rock n’ roll is dead, we encourage you to press the play button. Yup, it still ‘moves’! 5 decades (70’s punk, 80’s wave, 90’s grunge, 00’s indie & 10’s modern rock) of music in just 111 seconds… ‘Qualified’!”

Recorded at SNUG in Derby you will be able to get the single digitally everywhere on 23 February 2018 and as the year comes to completion, so will UNB3.

Get Debasement Tapes and Trashland on limited vinyl from Bandcamp now or pick up a copy from us at the Nottingham Label Market on 10 March 2018. Find Unqualified Nurse Band on Spotify, Bandcamp, Twitter and Facebook.