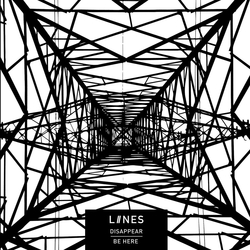 The wait is over! The LIINES single is available for pre-order from our online store NOW!

Produced by Paul Tipler (Idlewild, Stereolab, Placebo) the double-A side of Disappear and Be Here is released digitally and on limited edition pure white 7″ vinyl through Reckless Yes Records on 28 October 2016.

Pre-orders are now available in our online store and will ship from release day. Each physical copy comes with a free download code and digital versions will be available through our store and on all the usual platforms from 28 October.

There’s been some great coverage for this record and we’re really proud of the release and the band. This is a great next step following on from their acclaimed debut Never There and follow up Blackout. LIINES hit the road to launch the single and you can see them at:

Here’s what the press have been saying…

Buy it in the store now – also available Unqualified Nurse Band Debasement Tapes on red vinyl LP and the last couple of copies of Bivouac’s double A side on pale green vinyl.