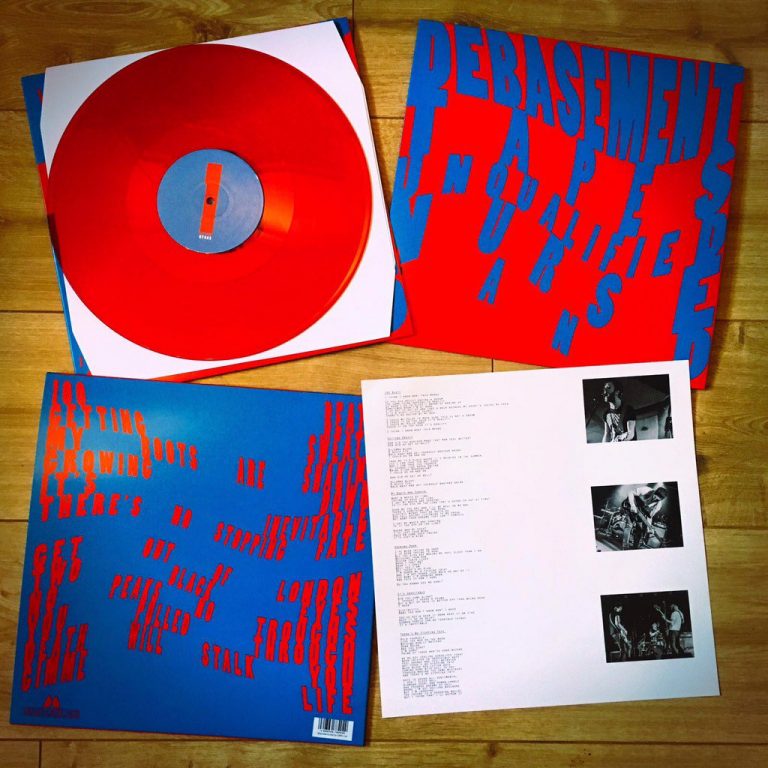 Released digitally last month by the band Reckless Yes Records is very pleased to release the vinyl version of Debasement Tapes – a deconstruction of the last 60 years of rock n roll!

You can get your translucent red vinyl copy, which comes (of course) in a full colour sleeve, with a lyric insert.

The press coverage has been ace for this record – as we knew it would be – but to tempt you further here’s a selection of choice comments: