We’re thrilled to announce a new addition to the Reckless Yes family as we share with you the news that we will be working with Manchester post-punk three-piece LIINES. 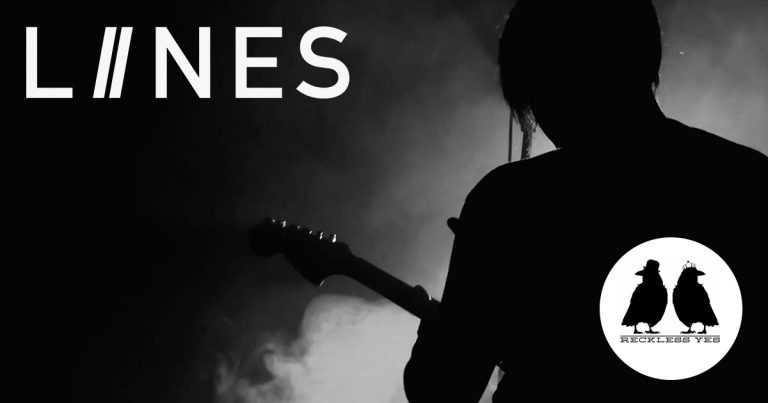 LIINES are the first band we’ll be offering artist management to alongside working toward an LP, tentatively scheduled for early 2017.

This phenomenal band was first sent Sarah’s way at Louder Than War (by the equally phenomenal Dave Brown at Even The Stars) and that single, Never There, was a thrilling intro which Sarah described as “a sound full of urgency and brooding menace, a sound which feels as if it could explode at any moment, the ferocity and vitality barely containable.”

It was with this in mind that we went to catch them playing a Scruff of the Neck gig in Sheffield back in March. They were, if anything, even more exhilarating as a live band. We knew immediately that this was a band we wanted to work with.  So over the last couple of months we’ve had lots of discussions about that and it feels amazing to finally share the partnership more widely and begin talking about the plans.

Sarah said: “Since first writing about this band for Louder Than War I’ve been hooked on their atmospheric and intense post-punk sound. The singles Never There and Blackout have given a tantalising glimpse of light and shade this band are so adept at casting through their tracks and I am wild with anticipation at working with them and releasing their next single and their debut long player through Reckless Yes.”

Drummer Leila O’Sullivan said of working with us: “We’re really happy and excited to be releasing our next single with Reckless Yes, and we’re grateful for Sarah and Pete’s passion and belief in us.

“We can’t wait to get into the studio next week with Paul Tipler, who has produced a lot of music we love including Idlewild, Placebo and Stereolab. An exciting next chapter of LIINES is about to begin.”

Pete said: “LIINES are astonishingly brilliant. Angular and tense, sparse one moment and then a wall of glass shattering noise the next. I’m convinced they are the illegitimate offspring of Fugazi and Sleater-Kinney and I’m so excited to be working with them I’ve already wept openly several times. The debut album will blow you away.”

LIINES last single Blackout was featured on Radio X, 6Music and BBC Manchester Introducing and they’ve had love not only from Louder Than War and Even the Stars but The Quietus too.