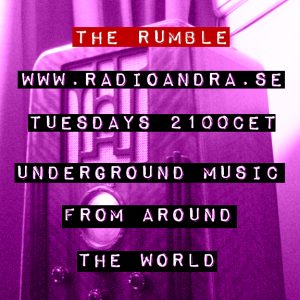 Every Tuesday night from 8pm UK time you can hear Pete‘s show The Rumble on Radio Andra. He plays two hours of the best underground music from around the world and Sarah joins him with a weekly recommendation from Louder Than War.