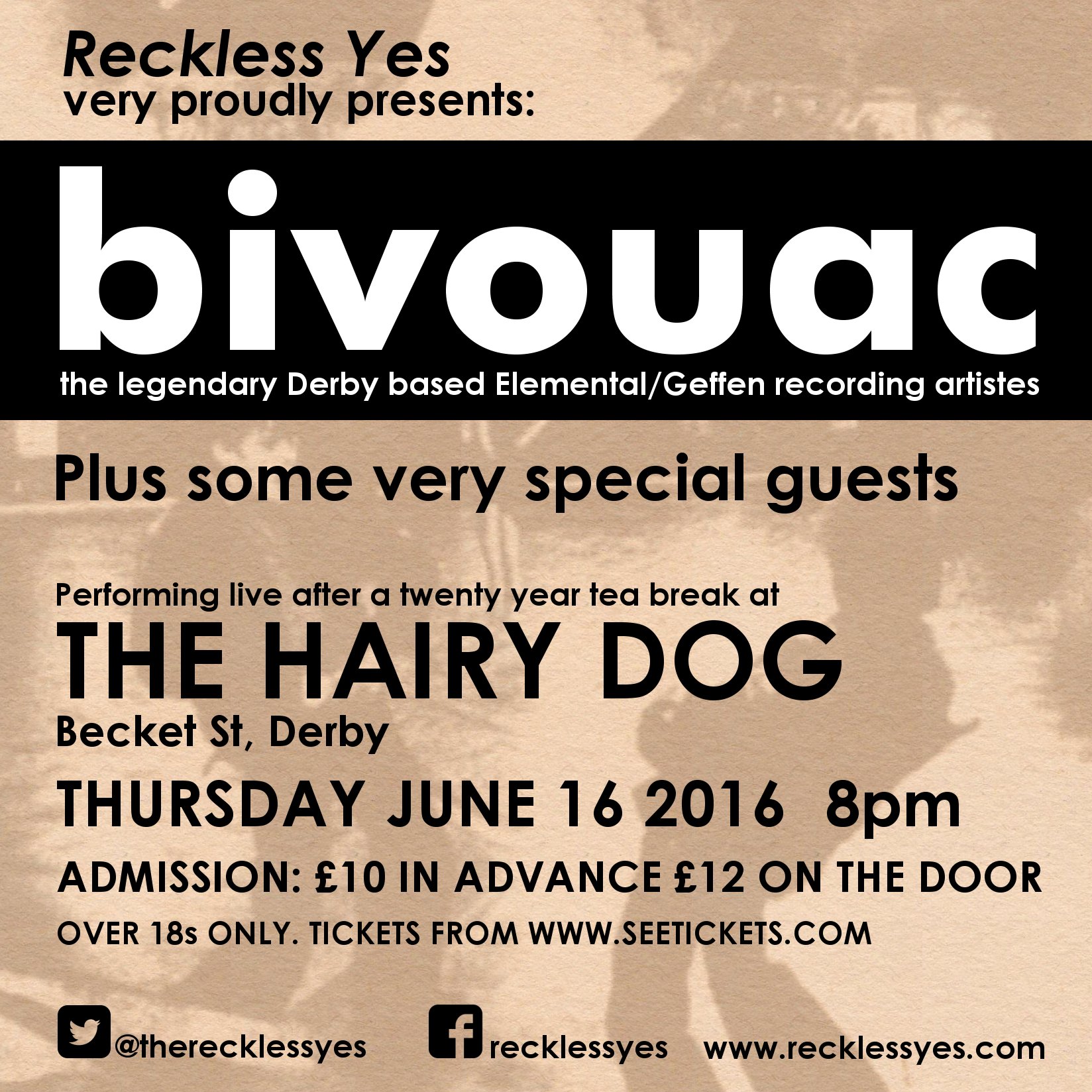 Following a 20 year break Derby-based Elemental / Geffen band Bivouac are back and will be playing this hometown show with some special guests in support.

After just a handful of shows Bivouac were picked up by renowned indie label Elemental in 1992. With the label they released Derby and Joan (NME voted this one of the Top Ten Indie Albums of that year) and Tuber.

Their indie success was so great that they signed to major label Geffen to release 1995’s Full Size Boy but disbanded after with members of the trio going on to work on solo projects and in other bands.

A strongly melodic sound layered with loud guitars Bivouac took influence from the American grunge scene of the time but stand alongside other Derby legends like Cable as influencing many of the bands that followed in the next two decades.

Having reformed in February 2016 this homecoming show will be one not to be missed.

Get your tickets online here and join the Facebook event here.