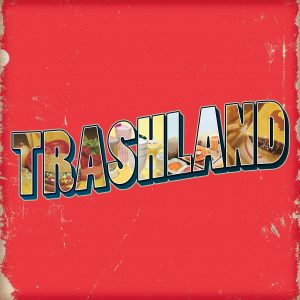 We’ve joined forces with Medicine Music to bring you this one, tracks from which have been enjoying airplay over at Amazing Radio and which Loud and Quiet described as, “Trashland is energetic, rampant, exciting rock n roll, as UNB spend their second time around fusing ’60s girl groups, late ’70s punk, ’80s new wave and ’90s grunge into a multi-headed fantastic beast”.

Derby music site Storge has also got on the review action saying, “Unqualified Nurse Band have clearly approached this album not wanting to just recreate their first album over again, but want to show that behind all the fuzz and raucous energy the band can actually write fantastic songs.  All the elements of the band are still here. The surf-ridden rock n roll guitars and a doff of the cap to the ’70s psychedelic scene, but everything just seems a lot more together and well presented.”

And The National Student had a good old yarn with the band too which you can read here.

They play London on 18 October with JOHN, before joining Lightyear for their UK tour including a sold out hometown show coinciding with the album release on 20 October 2017.

Follow the band on Facebook or Twitter for more information on live dates, and you can pre-order the album on Bandcamp now and you’ll be able to pick it up in your local record shop post-release.